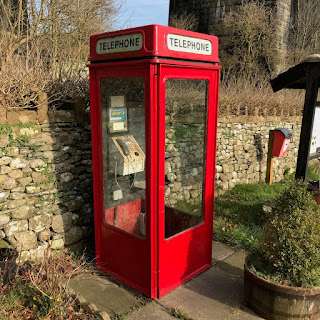 I relaunch the website at www.teledrone.com with a timeline showing the original concept, based as it was on the 'K8' shown here, and its evolution toward a shape that could be used to compete in the GoFly challenge.

As the competition's October 1st make-or-break date approaches we're getting there, slowly.
at September 26, 2019 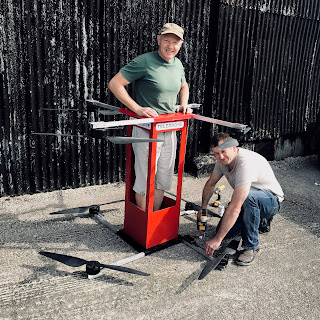 Unseasonably warm after an inclement summer, so we're making hay while the sun shines.

The GoFly challenge asked for an official team photo and while we're not all there, those currently engaged are (in the shape of self and flight-engineer).

Whilst flying airliners in Cambodia I had outlined a 'flying phone-box' optimised for eVTOL.

Exceeding the GoFly dimensions at full scale however it was re-designed as a hollowed-out drone that was 'worn' around the waist.

The proximity of propeller blades and loads sustained by the operator were unlikely to meet safety criteria though unless an airframe was retained to re-arrange motors at a lower level.

This re-introduced the original concept whilst still retaining the compact foot-print achieved by fixing one drone around the operator.

Our next step is to get it airborne under the weight of batteries alone. 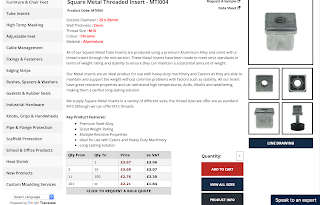 There's nothing I can see in the guidelines for this competition that says anything about open rotors and their potential effect on either operator or bystanders and as we pointed out to Gwen last Friday, aeroplanes have used unguarded propellers since Leonardo and while many people have been killed by inadvertent contact with them, they still pass muster with every aviation authority in the world.

Useful parallels are cars, knives or (especially if you're American), guns. The first kill more people worldwide than any other means, followed by knives in places like London or guns in the USA. Nobody suggests doing away with them however because their utility outweighs the risks. But they were all introduced centuries ago and in a more litigious age products must be bullet-proof from the outset.

This has the interesting side-effect of steering people into dangerous pastimes like climbing high-rises without ropes, or launching themselves in wing-suits. We're here to build though and not philosophise, and I agree to the casual observer our wearable drones look like the sort of props magicians use to cut their assistants in half.

I have therefore decided to split the component drones again and mount one at the base and the other around the midriff. They'll be supported by a frame like that originally envisaged for the  'flying phone-box' so that once again the constraints of competition have steered us toward the safe and narrow.

On this note I get on with searching for parts, the pursuit of projects involving the trawl of internet and industrial units as it does. One such ends here where a vital part is described variably as aluminium or steel, which are metallurgically worlds apart, and more expensive the more you buy?

They say the website will be amended to reflect, but you know it never will, because that's life.
at September 11, 2019 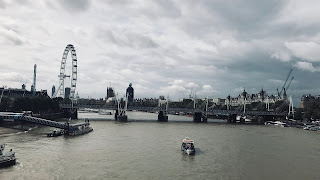 Together with Pete Day I travelled to London Friday to meet Gwen Lighter, whose baby the GoFly Challenge is.

I forget to take a photo, at least until crossing Waterloo Bridge enroute to the station afterward.

The meeting worthwhile if only from the point of view that as it stands, the prototype in the previous post is unlikely to pass the safety scrutiny... from what I can gather due proximity of propeller blades and pilot.

Additionally, disquiet surrounds said pilot absorbing much of the shock of a heavy landing.

Issues to address as ever, as with life itself.

Seems 838 teams up for the competition but the organisers expect there'll be significant attrition enroute.

Let's hope we're not among the attrited.