Race What You Brung 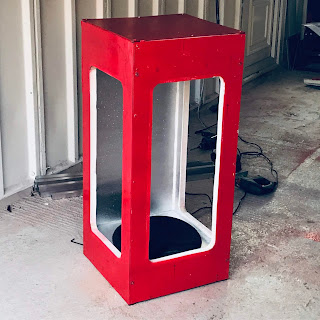 Looking at what else is out there, we're likely to be underpowered but given the budget it's been a case of making do and mending. Would be a whole lot easier to build an airframe for my son, for instance, in which case it would be two-thirds the size and with a comfortable surplus of thrust. As it is the final cut (above) itself represents only half the size of a full-scale 'phone-booth', which would be of the order of two metres in height.

At this stage of the game however it's a question of readying whatever we've got to bring.
at January 30, 2020

Brimful of Asha (on the 45 Centimetre Square) 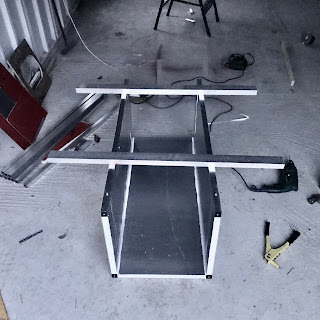 I redesign the airframe to be showcased in San Fransisco to incorporate structural members where I thing they go best, taking the opportunity to reduce the foot-print to 45 cm square from 50 cm. Longer term these could realistically be put together like the traditional phone-box from four panels plus a dome and base, although for integrity I'm constructing the thing as a monocoque unit.

This is not least because it has to survive the aircraft cargo compartment intact. A flat-pack philosophy is great for the longer term, though in the shorter we're all familiar with the fact that IKEA furniture if not ideal for dismantling and reassembly.

Meanwhile Martin has pushed the power-train to seventy-five kilos of thrust using an old pair of batteries with six cells apiece. Given a new pair with the necessary seven cells, we should be in the ball-park for a demo flight.
at January 27, 2020 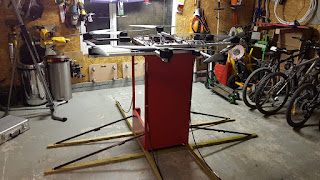 We're about ready to see if this flies, and as there are no hurricanes forecast for Somerset in coming days, we are 'go' for launch...
at January 21, 2020 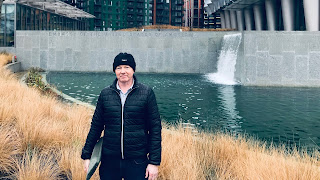 As Baz Luhrmann observed, it's the things that never crossed your mind that are most likely to blindside you at four p.m. on a Tuesday afternoon.

So by ten a.m on a Tuesday morning I was outside the US embassy in pursuit of a B-2 visa, without which the idea of joining the GoFly challenge next month would be purely academic.

I was much impressed I am by the rail service between Runcorn and Euston, which was non-stop and averaged practically 115 m.p.h. to get me there in one hour and forty-five minutes.

The visa process was equally slick though to invoke Baz Luhrmann again, there was not a free page in the passport where I could include a visa stamp and so I now have to pursue one of those too.

I walked the four and a half miles between Euston and the embassy in Vauxhall in the rain, something which would have been unwelcome during my working life in London, but which nowadays I view as an uncommon treat.

I spend the time on the 'Pendolino' train ~ which tilts ~ trying to figure out the best way of adapting a tilting rotor-head to the airframe of the TELEDRONE, should it prove necessary.

The laptop incidentally was not allowed in, and the local coffee-shop does better business in providing locker-storage than it does selling cappuccinos.
at January 16, 2020 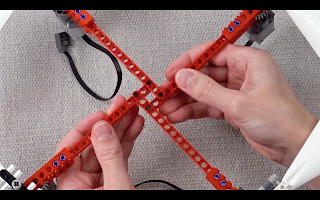 This video https://www.youtube.com/watch?v=wUVvQk7XLd4 if none other vindicates the outline of the geometry of the frame I've pursued (and patented, else attempted to) over the last two years albeit at a larger scale altogether. We may yet use the components listed in the video to compare the thrust available from the overlapped-8 used I our prototype as against a conventional X-8, which I have always suspected of generating rather less.

Won't be anything we get to do however this side of the GoFly challenge...
at January 14, 2020 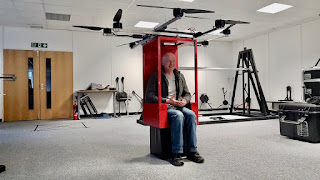 Following the previous day's work (and with the paint still tacky) I drive the airframe South again, figuring that I've covered practically three thousand miles around various parts of the UK in pursuit of this project.

Good to see it coming together however, the air vehicle weighing in at just 32 kilos without the batteries, four of which packs would raise the total to around 42 kilos or a little over 90 pounds. And that could be improved somewhat with what I've learned over repeated efforts at construction.
at January 09, 2020 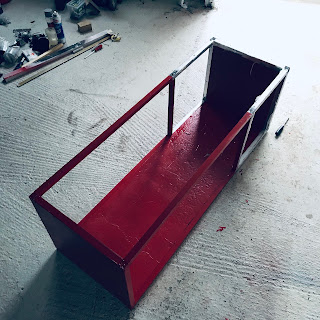 Hurts to do so but I have to re-jig the airframe in light of the fact that the batteries are likely now to be fitted to the overhead in the avionics dome of my 'flying phone-box', which frees up the under-seat space which seemed the logical place for them at the outset.

This reduces the dimensions of the structural airframe to 1000 x 500 x 500 mm, and allows space for one seated passenger. Replacing the bottom-end of this frame will be a frangible foam box that will double as both a stand and 'crumple-zone'.

Among the top three companies to have raised venture capital recently has been Volocopter. People forget ~ all to easily ~ that they used a gym ball as a means of such undercarriage in their prototype.

But if to works, it works. I read recently of an earthworks engineer who was most proud of the fact his company had underpinned the ramps connecting a freeway with... polystyrene foam: in shear it's like custard but in compression it's a cheaper and lighter form of cement.

This chassis is thus down to 24 pounds from 35 today, a figure Weight Watchers would be proud of.
at January 07, 2020 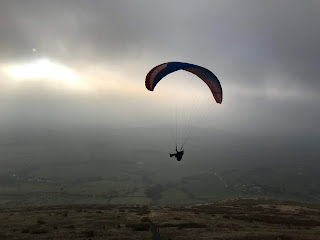 Left to conventional wisdom in aviation, aircraft like this (seen on Parlick Fell yesterday) would not exist. Though I'd tax returns to file, sometimes you have to get out and about for inspiration, because I'm sure I can do for the helicopter what these people did for the aeroplane.
at January 02, 2020